Srinivasa Ramanuja contributed to explaining the analytical theory of numbers and worked on elliptic functions, continued fractions, and infinite series. Ramanuja’s genius regarded by mathematicians to on the same level as Euler and Jacobi from the 18th and 19th centuries.

He also awarded the Fellow of the Royal Society award. At the time of his death in 1920, Ramanuja had discovered his theorems and independently compiled 3900 results.

Ramanuja Prize given annually to eminent Mathematician by the International Centre for Theoretical Physics (ICTP), Trieste, and the government of India.

On the occasion, Manmohan Singh also announced that 2012 would celebrated as the National Mathematics Year.

This day celebrated as Indian National Mathematics Day every year with numerous educational events held at schools and universities throughout the country.

In the year 2017, the day enhanced by the opening of Ramanujan Math Park in Kuppam, in Chittoor, Andhra Pradesh.

1. Srinivasa Ramanuja was born on December 22, 1887, at Erode, Tamil Nadu in a Tamil Brahman Family.

2. He studied at a government college in Kumbakonam in 1903.

3. During his college time he failed many a time due to his negligence in non-mathematical subjects.

5. Ramanuja joined Trinity college which suggested by one of his colleagues, a few months before World War I began.

6. After receiving his bachelor’s degree he elected to the London Mathematical Society in 1917. He returned to India in the year 1919.

8. A movie titled ‘The Man Who Knew Infinity released in 2015, based on Srinivasa Ramanuja’s biography. 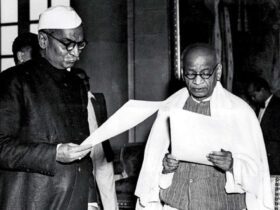