Anna Wintour, editor and chief of Vogue since 1988 has always been against an ‘All Black” look. She persuades them to see at least one color other than Black even if a pinpoint on an outfit. Whereas fashion designers like Karl Lagerfeld who was a designer for Channel would love to show what he could do with Black and White. There is a basic theory about why some people prefer black clothes during winter. According to this theory, black clothes absorb light which keeps us warm rather than reflecting light like white or any lighter colors. This holds good for any color that is dark but black being the absolute absorber, it is preferred.

REASONS WHY SOME PEOPLE PREFER BLACK CLOTHES DURING WINTERS :

Black is a feeling along with a choice of color. Every person in their life, almost 99% of the population has a phase where they see only black and nothing else. The love for a black outfit is it a little black dress or a black pullover is never-ending.

With all these points, no one can ever do wrong with black or like they say, when in doubt! Go, Black!. 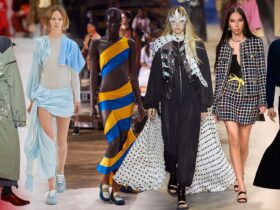 Fashion Trends: The Epics Trends of 2022 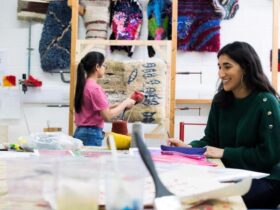 Textiles and Apparel Design in India