Greece has so much to offer in terms of architecture and ancient ruins, its rich culture and history are in itself fascinating nonetheless. But here are a few popular tourist attractions in Greece, out of many, hope you like. So here we have listened to the Best places to visit in Greece.

Athens has a history of being occupied by outsiders for more than 3,000 years, Athens is known as the birthplace of democracy. The city has both historical ancient structures and modern marvels, Athens is well known for its archaeological monuments such as the famous Acropolis, the Parthenon, the Ancient Agora, and the Theatre of Dionysus are few popular ones.

Greek island has millions of thousands of tourists every year, this beautiful Greek island is one of the world’s top travel destinations. With more than 2,000 exotic islands to choose from, From gorgeous beaches, ancient ruins and active volcanoes the Greek island has it all.

The Greek word Meteora means “suspended in the air”, and it has the stunning cliffs that rise more than 1,200 feet into the air overlooking the beautiful villages in the north-central of Greece. What makes these cliffs even more interesting is the history behind them. Meteora was built by monks.

Crete is one of the largest Greek islands, Crete has it all from the beautiful coastline to the spectacular mountains and the beautiful lush trees in the countrysides. It is also one of the metropolitan cities of Greece, stretched Deep into the village,  Crete still is well known for its archaeological traces of the many civilizations that inhabited it down through the centuries.

The Peloponnese was historically called Morea, which means mulberry leaf because it almost has the shape of a leaf,  Situated in the southernmost region of both Europe and Greece, Peloponnese is well connected to the mainland by the Rio-Antirrio bridge. It has many Greek-style architecture temples, Byzantine churches, beautiful Mycenaean Palace, and  Venetian fortresses. Peloponnese is also well known for its ancient structures and the famous ancient ruins are Olympia, where the first Olympic Games were hosted in honor of Zeus.

Delphi is Greece’s most popular historical site. Situated just about two and a half hours from Athens. Delphi was once admired by the ancient Greeks as the center of the earth. Dedicated to the god, Apollo, Delphi has historical importance in ancient times. People would come to this sacred place for advice from the priestess. Significant ruins and structures at Delphi include the Athenian Treasury and the Temple of Apollo.

Cape Sounion is located in the southern part of the Attica peninsula. This place is best known as the site of the ruins of the ancient Greek temple of Poseidon. Also known as the god of the sea. The remains sit on the highland, surrounded by the sea. It a popular tourist destination for people in Athens. It has the sunset over the Aegean Sea and it is a majestic one in a lifetime view.

Halkidiki has many beautiful beaches such as Sithonia’s hidden covers and clear water and Kassandra. Both are very famous and popular tourist attractions. Most of the land belongs to the Mount Athos monastic community. It’s open to pilgrims only and easily accessible.

Zagori is a paradise for nature lovers. It has dense forests, high mountainous, and beautiful rivers. This place also consists of historical villages with many ancient houses dating back to the 18th century. It is also well known for hiking and camping, many featuring grand stone houses dating from the late eighteenth century. The best way to enjoy the area is by hiking by various paths connecting the villages.

So these were the Best places to visit in Greece .

TOP 10 DESTINATIONS IN INDIA TO VISIT IN SUMMERS.

Is India a Good Travel Destination? 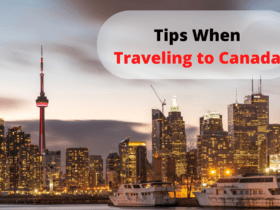 Tips when traveling to Canada